Back it the days when I was highly involved in Amateur Satellite operations, I enjoyed going portable and providing other operators with some needed grid squares.  I had a great time, but not numerous strange looks from the local population.

Well, I was up visiting the parents again, and I thought that I would head south this time. Basically, I was using the family mobile setup and it works well with the exception of the 70 cm receive. I still need to improve this. It looks like I will have to have some gain to make it any better. I operated from 3 different grids in 4 different counties. During this trip I was also able to make contact with ISS (NA1SS) Susan Helms. I guess I am working toward a worked from all of the grids in Arkansas. 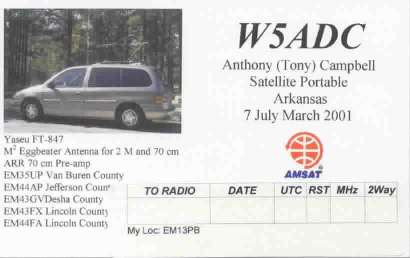 This was my try at using the radio transceiver in my truck. Using the Alinco DR-605TQ, I had good luck, but I am still displeased with the 70 cm receive setup. I will have to compare FT-847 to see if it is antenna or radio. For the first AO- 27 and UO-14 passes I stopped about 2 mile south Boswell, Oklahoma. The cows seemed to be amused, but other than that it was uneventfull. Having some time between passed, I headed off to the east. I finally stopped in the town of Hugo, Oklahoma. As it turned out, the parking lot of a video rental store happened to be just in the right place. All locations were verified via GPS and a map. Both locations were within Choctaw county. 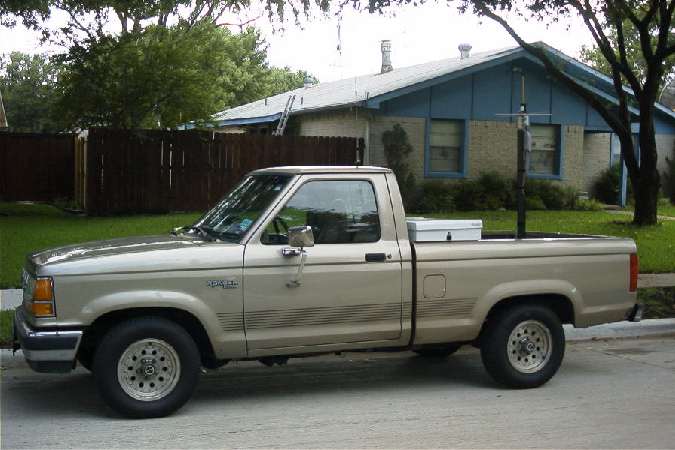 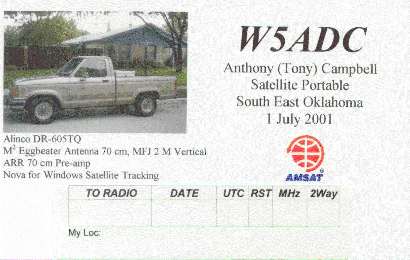 This was my first attempt at a truly portable setup. After asking around, I found out that DM25 was more needed than DM26. So, I grabbed a map and the GPS and when looking for the intersection of these two grids. As it turned out, it was only several miles south of the city. I found a nice quiet side road, verified my position and began opeation. I got a few funny looks, but no problems in the end. I was able from the intersection of DM25 and DM26. I was only sorry that I did not have more time to do additional passes. 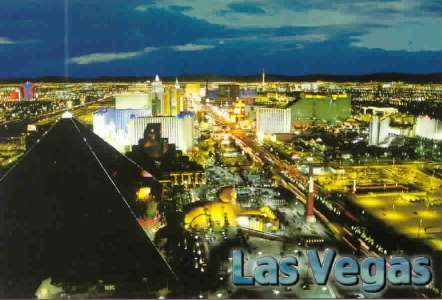 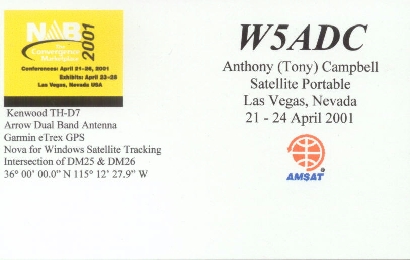 This was my first attempt at portable satellite operations. Since, my parents live in this part of the state, I thought I would give it a try. I really had a great time. I was able to operate from 4 different grid squares EM35, EM36, EM45 and EM46.


The antennas were mounted on a PVC frame attached atop the family van. I operated with the equipment resting on the rear seats of the van. The arrangement got quite a few curious looks from the local residents. Below are a few pictures for the antenna configuration. 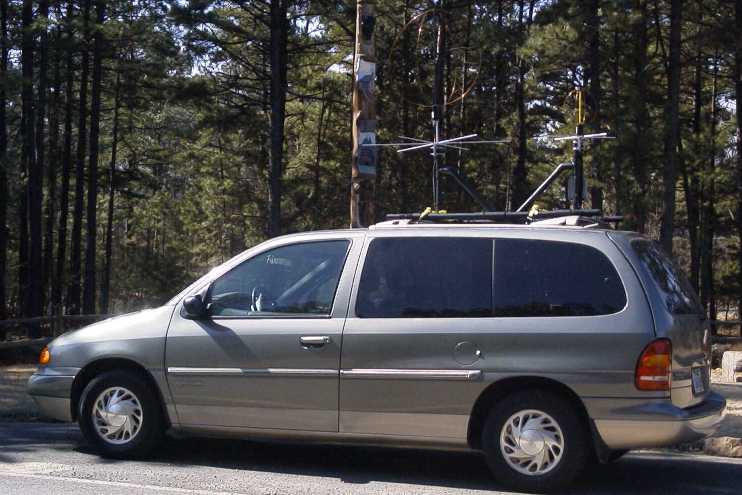 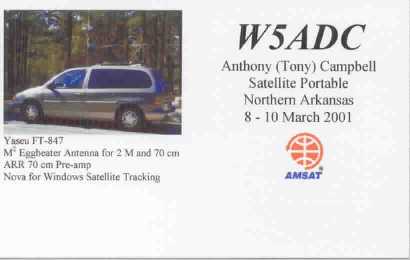